The Bridge Between Japan and the Mekong Region Countries
Switch to 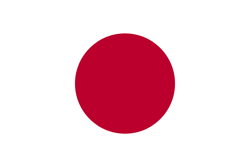 The Bridge Between the Mekong Region Countries and Japan

Sasin Japan Center (SJC) has served as a bridge between Japan and the Mekong region countries in order to enhance connections at both business and academic levels. With its strategic location in Bangkok, in the heart of the Greater Mekong Sub-Region (GMS), SJC promotes Thailand’s and the region’s rich cultures and customs to Japanese business people and academics through various activities. SJC has served as a platform for academics, business groups, and public sector organizations to develop strong, impactful connections between the Greater Mekong Sub-Region and Japan.

SJC has 3 core domains: Knowledge creation (Research): SJC conducts interviews and discussions with leaders of major corporations in order to gain insights and make connections for business in Thailand. SJC and NNA, a leading Japanese business newspaper, publish monthly articles by interviewing top management of leading companies. These interviews help uncover the key factors to be successful in Thailand and in other ASEAN markets as well as the weak points of Japanese companies, such as frequent job rotation. Knowledge sharing (Education):  SJC helps disseminate these insights to students and business leaders in Thailand and Japan through seminars, workshops, and internship programs. Knowledge practice (Consulting):   The SJC team offers consulting services for Japanese companies. Feasibility studies, research on market size, restructuring personnel evaluation systems, and strategic planning are among our areas of specialty.

Sasin Japan Center (SJC) was established as one desk of a consulting division of Sasin School of Management (SMC) in 2008 and grew and evolved to become SJC in 2011. We faced some difficulties when SJC was first established as we were asked to change to a different name (of country and region), instead of Japan. With support from Professor Toemsakdi Krishnamra (Former President of Chulalongkorn University and Founder of Sasin), Professor Donald Jacobs (Former Dean of Kellogg School of Management), Professor Dipak C. Jain (Former Dean of Kellogg, Former Dean of INSEAD, Former Dean of Sasin and current Dean of CEIBS) and the current Director of Sasin, Professor Ian Fenwick, as well as over 30 Japanese leading companies, SJC has maintained its current position. We think there is a huge significance and responsibility in the fact that a center with “Japan” in its name is attached to the best university in Thailand, an institution that has a significant influence on the country’s politics and economy. Everyone at SJC continues to strive to contribute to the happiness of this region by seeking and listening to advice and input from all of our stakeholders. Dr. Takamasa Fujioka Director, Sasin Japan Center (SJC)
Contact Us